I have just realised that I hadn’t placed the video of the Backpackinglight shows here for the world to see from 2014 OR 2015, so I thought it was about time to set this right.

I could give you lots of information about gear and such, however the important part is that in 2014 together with the donations from all the visitors, we raised £300 and split it 50/50 between Mountain Rescue in Scotland and the rest of UK.

This year in 2015 we raised £500 in exactly the same way, with donations made at the refreshments stand and with a Charity Raffle which has now been presented to The British Heart Foundation. 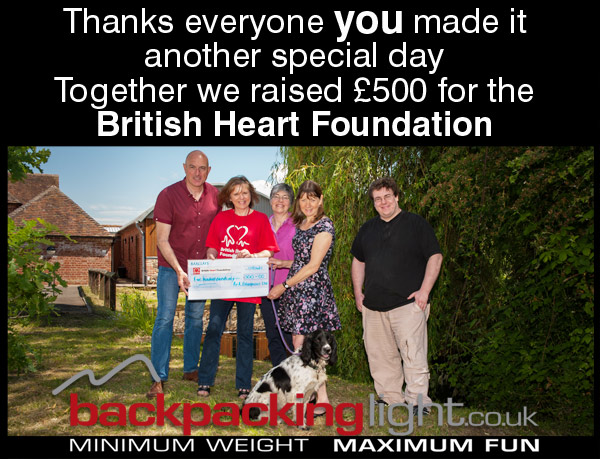