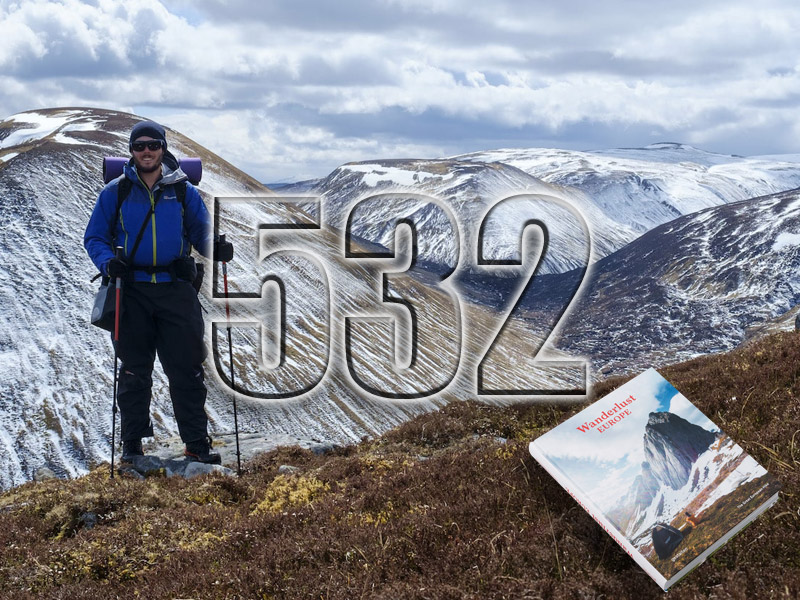 Wanderlust Europe – A manual for those in search of breathtaking beauty and freedom.

Although this podcast goes into the background detail of what is involved in compiling a compendium like this which contains some of the best hikes in Europe, there is much else we discuss.

Including the Cape Wrath Trail and the story of meeting Skye MacGregor, the 16-year-old lad hiking LEJOG via the CWT in winter through February.

The Tour of Monte Rosa: benighted on the Europaweg. Hear how this was his first Alpine long-distance hike where he felt like he vaguely knew what he was doing, but still very much a learning curve, and what went wrong!

How the Lochaber Traverse became his obsession over many years and several attempts, starting with a friend’s broken ankle back in 2006.

Finally the Mercantour Traverse: thunderstorm at altitude. Spark flying everywhere. It was his first real ultralight trip in a highly technical Alpine environment, going fast and light and pushing close to the limits of my comfort zone.

There’s so much more we touch on too. What lightweight equipment he was using when camping in winter at the top of Ben Nevis to be rewarded by a superb temperature inversion.

Chris Townsend and the charity work they are doing for the John Muir trails, to win a day out with Alex and Chris on the hills.

If you can join the newsletter and keep in touch with our shows and future plans.

Here is the complete list of hikes featured in Wanderlust Europe:

The Tour of Monte Rosa, Western Alps, Switzerland and Italy