On 5th August 2014, Ash Dykes age 23, from Wales U.K, became the first known person to complete a solo & unsupported walk across Mongolia, the second largest landlocked country in the world.

He pulled all of his provisions on a wheeled cart weighing 120kg, from West to East, covering 1,500 miles in just 78 days, knocking a staggering 22 days off his predicted time. The threat from Wolves, snakes, guard dogs, dehydration, sandstorms and snow blizzards, are only a few of the many dangers he faced whilst traversing the Altai Mountains, Gobi Desert & Mongolian Steppe. 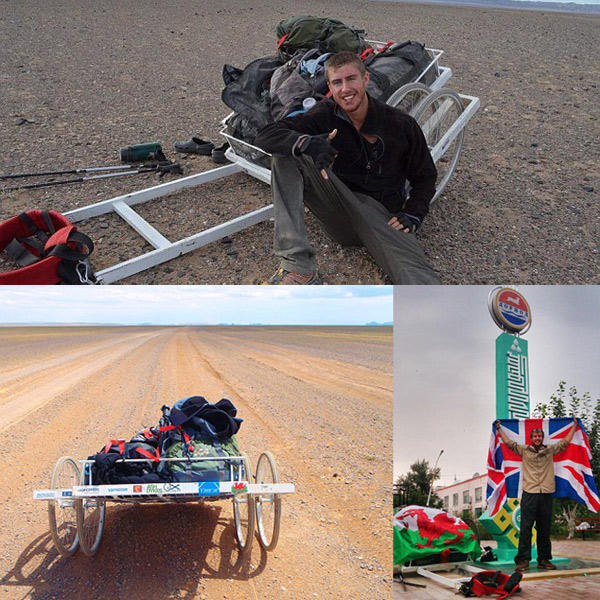 I caught up with him on the first night of his UK theatre tour to hear more about his unique journey.

Sir Ranulph Fiennes described it as being “an example of great determination, which would have proved both physically & mentally challenging to achieve what is becoming harder all the time – an adventuring world’s first”. 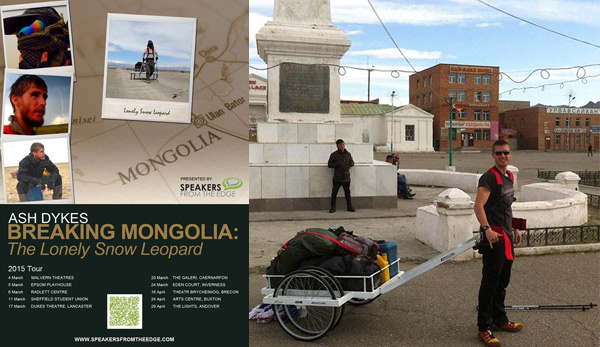 Ash Dykes spent 78 days crossing Mongolia on his own completing it in August 2014 from Olggi in the west to Choybalsan in the east. He dragged a 120kg (18 st) home-made trailer which carried his dehydrated food, water butt and camping equipment.

The loneliest point was walking for 8 days without seeing another soul, but his determination to make it kept him going. During this time Ask suffered severe heat exhaustion in temperatures which exceeded 40C while crossing the Gobi Desert. Thankfully some Nomads offered him shelter when he needed it most. 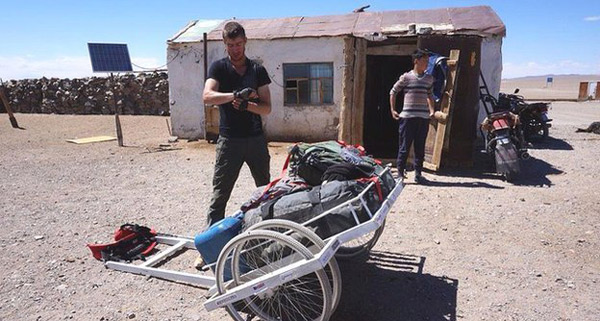 If you’ve enjoyed this podcast please take a few moments to complete our listener survey.
Click here. Many thanks 🙂