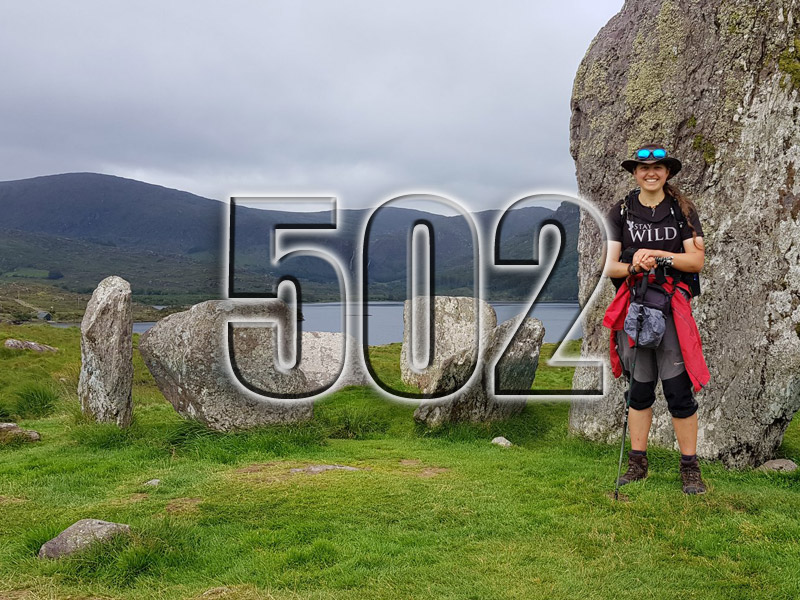 Abbie Barnes is a very popular film maker on Youtube and active on other social media so if you are into walking any of the UK National Trails I am sure you will have watched at least one or more of her videos.

She has set herself the task of walking and recording at a very honest level all 16 of the UK National Trails describing the rich experience each one offers, accompanied by an eloquent explanation of the history and natural environment which goes to make each one special.

This year that task also included releasing a new video every Monday, which in itself is an almighty pressure to keep creating and releasing content at such a high quality level.

But that’s not all, she has created many gear videos and product reviews and her media skills have been called upon by United Nations, Jurassic Coast UNESCO team as well as educational charities to name a few.

She describes herself as a passionate long-distance hiker who has made it her mission to document through film how she overcomes my own personal struggles with mental health by challenging herself to move outside of her comfort zone, and in doing so, hope to encourage others to join her to facing up to their fears and grow to be the best versions of themselves.

Alongside video production she also runs group walks around the UK as an opportunity for people to don their boots and explore some of the most scenically spectacular areas in the country in a relaxed, friendly atmosphere.