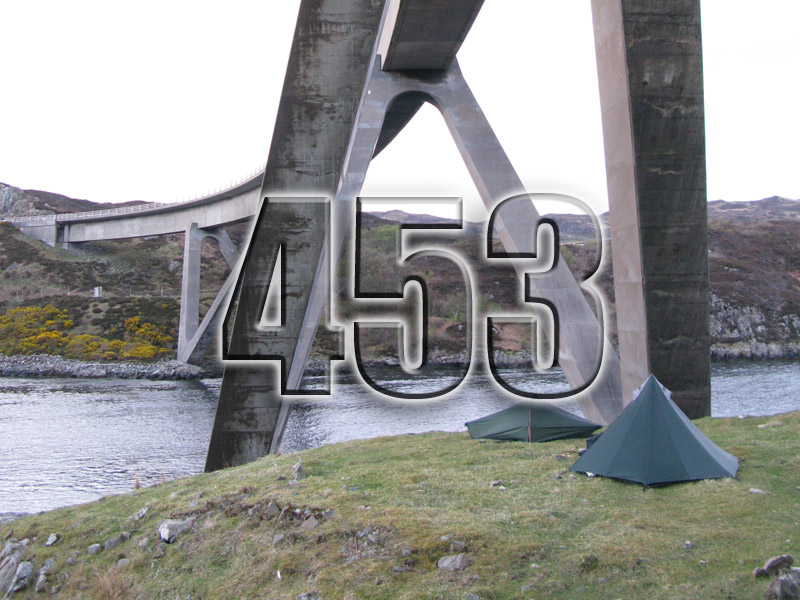 This podcast starts with an interesting interview with a young couple Katherine and Colin Ferguson who give an idea of how hard it is to make a living in this part of the world.

The Trust has enabled the ordinary people who live and work on the land to have some control over their own economic future.  The agreed purchase price for the total asset was £300,000 of which almost half was raised by the crofters and their supporters throughout Britain – indeed donations came from abroad, from some of those who traced their ancestry to Highlanders who had sought a new life in the Colonies during the dark days of the Clearances.

The remainder of the purchase price came from public agencies, Sutherland District Council and Highland Regional Council in the form of grant and loan. A generous donation was given by the Highland Fund to assist with the initial administrative burden of the Trust.

Today the Estate is in the possession of the crofters, free of debt and administered by a Board of Directors elected by democratic vote by each of the thirteen townships making up the Estate who serve for three years. 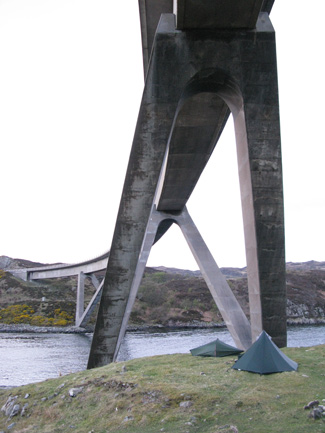 The day ends in an unusual wild camp spot directly under a bridge and an A road. But the camp places are limited we found on the whole trip.

A passenger ferry (a rowing boat) was introduced here in the early 1800s. Commercial traffic mainly comprised cattle on their way to central Scotland, and they had to swim across. Over the years various ferries came and went, and small car-carrying ferries first appeared between the wars. It was only in 1976 that the Maid of Glencoul, built in Ardrossan, became the first vessel capable of carrying fully loaded commercial vehicles. The Kylesku Ferry was unusual in being, for much of its life, free.

The bridge you see today was duly opened, in 1984, by the Queen. It must be one of the most beautiful examples of the bridge-builder’s art anywhere in the world. It may only be 276m long, and may only cross a 130m stretch of water, but it is transformed into something very special by its wonderfully curved design, coupled with the stunning scenery of Sutherland.

The next day is a very long one and we use Rhiconich Hotel to restore body and soul. Sandwood Bay is getting closer and the next thing we have to consider is the potential Live Firing on our Cape Wrath path. Will they or won’t they?