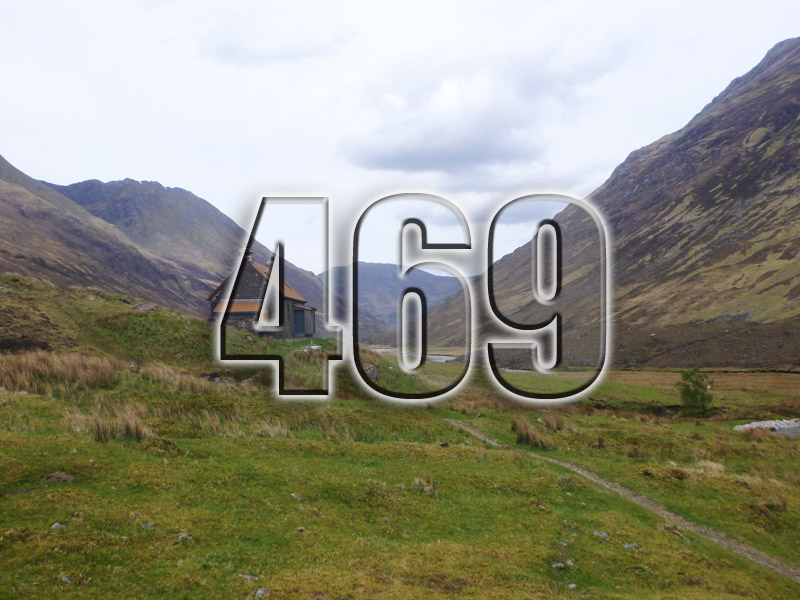 This is the first podcast from a series of seven which covers the TGO Challenge 2018, where some 350 participants walk the 200 miles from West to East Coast of Scotland.

It was to be the tenth crossing for both Andy and I and we decided to produce the last podcast series relating to the topic. After all there are only so many questions and conversation you can have walking the same direction for 10 years!

It was a challenging start for those intending to leave from Strathcarron as they were greeted at the door of the hotel by the owner who announced that they had no chef and therefore no evening meals. However the canny Challengers rose to the occasion and someone hitched a ride to the nearest fish and chip shop to save the day.

Andy and Kate had arrived early at Strathcarron and so had plenty of time to chill out and talk with friends new and old about the forthcoming event. William Burton from Barbados has to cope with challenges long before he sets foot in Scotland. There are no ‘Outdoor’ shops in Barbados, plus there are very few hills to use for training. As you’ll hear it gives you a slightly different perspective on what someone from overseas has to face after filling in the application form. He still keeps coming back though on this his fifth crossing.

The Belgean crew Marc Kevers, Gaeten De Decker and Guy Jacques also have begun to get addicted and they too have returned for their third crossing. Once again Belgium isn’t known for Mountains but at least they don’t have far to travel to get some practising done.

Finally Andy talks with Ian Cotterill a fellow camera geek and challenger, which is understandable as he works for a small camera retailer. However he has also become the semi-official photographer of the event over the years and most of the images you will see in the magazine in years to come will come from his library. It isn’t an easy task as he virtually carries another rucksack on is front which contains just camera equipment. Great results though!

I arrive on the bus from Skye at the Kintail Hotel just as everyone is setting off in different directions. The weather is good but very windy in the glen. I should be going over the 5 sisters and I feel a bit of a chicken not doing so, but I was later told of the 45mph winds up there so maybe it was for the best.

Andy sets off from Strathcarron and everyone is in good spirits. Such is the anticipation of the first day, that it can sometimes be like horse leaving the gate.

My walk along Gleann Lichd is certainly pleasant enough. Many challengers are finding their own pace, some feeling like they are carrying far too much within the first few miles. Others settling into the trail and following the clear patch to Alltbeithe YH.

The warden there was lovely and welcoming and after tea and cakes I walked on with Vitalis Hershmann from Switzerland collecting my first interview of the trip, comparing his first experience of Scotland to alpine walking closer to home. (Link to Vitalis website – great photos)

Finally we make it to the fords at Athnamulloch and a pleasant camping spot. There’s about 8 tents there in all and we settle down for a chilly first night. With ice on the tents and a low dark mist descending.