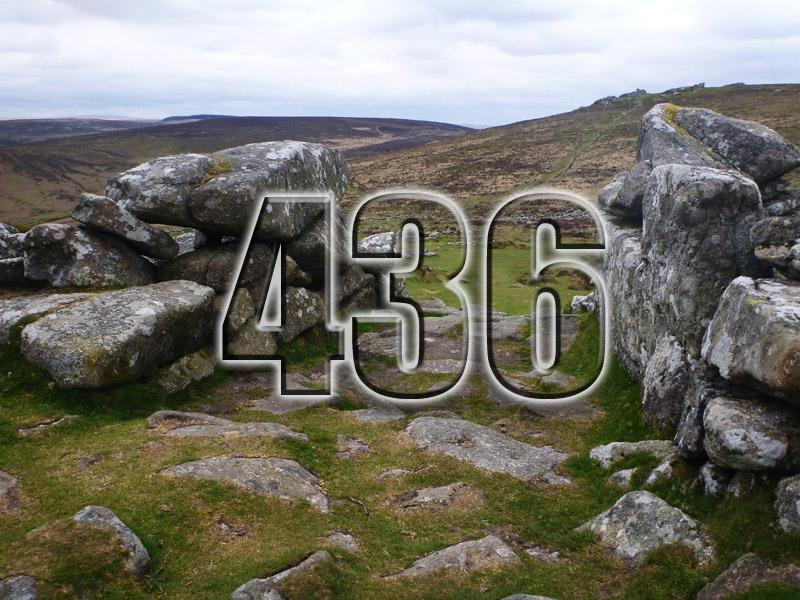 My goodness me it was cold that night! Even inside the hut I slept with my insulation on, however I did sleep well and after the two meals the previous night and a hearty breakfast of porridge I was set up for an early start in good spirits.

And what a beautiful day it turned out to be. As each hour unfolded I was treated once again to the best Britain can offer. 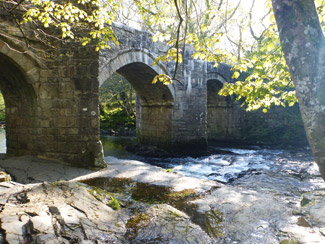 As I walked along the beautiful paths to the bridge over the River Dart, the frost on the long wet grass by the path slowly retreating as the sun stretched out its yellow blanket of heat.

The birdsong echoing along every corridor of Beech, Sycamore and Birch trees. An infinite palette of green, from the moss by the riverside to the dark Ivy reaching for the sky.

The area around Deeper March was as perfect a picnic spot as you might find in the UK. I’m sure it would be packed during the heat of the day, but early in the morning is was gloriously peaceful.

The path then continued over to Ponsworthy, where the stream runs across the road by a group of 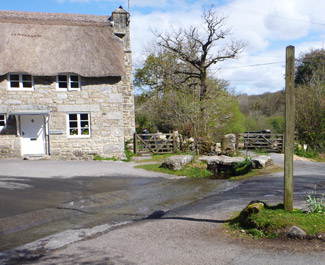 picturesque thatched cottages, then alongside a charming stream and wood where I had chance to pick up a few handfuls of dry Beech and Birch twigs ready to cook should I need to.

Then another climb up once again over Hamel Down and to a unique viewpoint where I stopped to look down and ponder the ancients who once lived at the Bronze Age settlement at Grimspound.

A fascinating 4 acre walled settlement, where all the foundations and walls of two dozen buildings still remain and you can see clearly the landscape of the village within the tumbled down walls. Incredible. 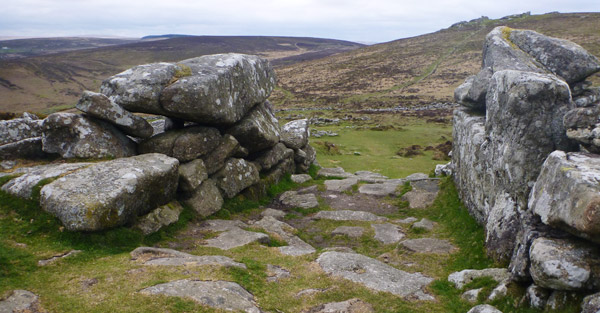 A couple of kilometers on and I was staring down at the B3212 and spotted a pub just off my route, the Warren House Inn. Perfect, as I has time to kill, I was in need of food and basically the temptation was too much! Here I feasted and ate my copious meal too quickly which was a dangerous combination, mixed with the heat of the glorious open fire and the background chatter of people in the pub.

I managed to drag myself away and failed to put my insulation on and so within moments I had lost all the glowing heat, I has stumbled and fallen into boggy pools and was struggling to find a decent path to walk in the direction of Chagford Common.

However this frustration was short lived as within an hour I had crossed the common and found a lovely camping spot hidden down by a stream, tucked away from the road. In no time at all I had erected my tarp, sorted my gear, recorded a piece for the podcast and settled in for an early night.

There was no need to cook as I was still full from the Warren Inn, so sleep came quickly and I slept so well even the rain flurries during the night didn’t wake me.