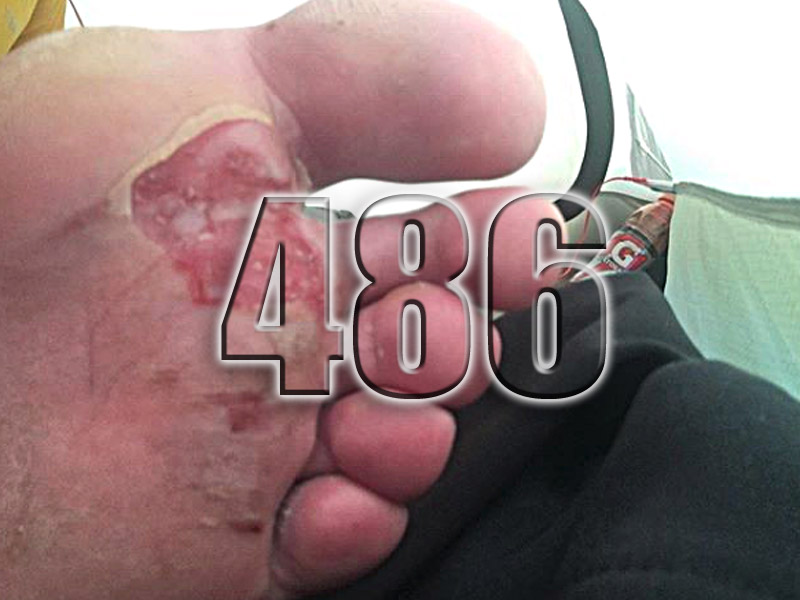 In this podcast we catch up with Dermot Cosgrove who we spoke to back in Podcast No 482 as he was completing his prep in 40C heat of North Africa before walking the 620km trek through Iceland.

His route was sorted, his gear was checked, the weather was looking good and as a result of all the tough training he had been doing in the weeks prior to the trip, he was ready too.

As you’ll hear there were a couple of surprises in store, firstly the natural hard core roads had been replaced by tarmac which wasn’t on his maps.

Secondly the local bird population the ‘Terns’ took exception to his passing through their territory and he quickly understood what the warning signs meant, as he had to walk through some 10km of birds attacking and dive bombing his head.

All was going well however the unexpected warmer weather and the excessive tarmac took a massive toll. As you’ll hear what started off as a minor problem soon developed into something considerably worse.

If, as a result of listening to this podcast, you feel that you wish to make a small donation to the charity all this was in aid of please follow the links below. I’m sure Dermot and the Charity concerned would appreciate it.

Some of the support mentioned in the Podcast;