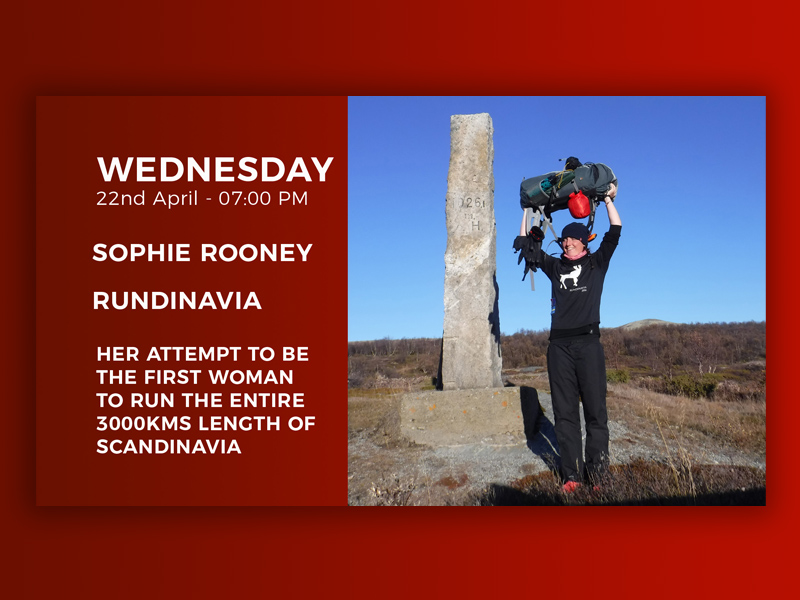 This is my interview with Sophie Rooney regarding her new book Rundinavia which is a great read about her challenging 3000kms run the length of Scandinavia.

In 2016 Sophie Rooney set off with the bold intention of becoming the first woman to run the length of Scandinavia. From Nordkapp (the northernmost point of mainland Europe) to the German border with Denmark (3000 km south) carrying everything she needed on her back. Initially accompanied by a fellow trail runner, Sophie finds herself thrown into a solo adventure running through some of the most rugged scenery Europe has to offer.

Heading out to Norway, bears are top of Sophie’s worries. However, she is soon to find that these big grizzly creatures would be the least of her concerns. In the first month alone having to battle extreme fatigue, dehydration, relentless bog, hunger and eventually illness, the odds are quickly stacked against her.

However, not willing to give in Sophie pushes on, often against the advice she has received from people back home. In doing so she finds herself on a journey of self-discovery which creates memories that will last a lifetime.Humorously, we travel along with Sophie, seeing the whole of Scandinavia as we go. The people she meets on the way, the scenery, the food (though often less than gourmet) and everything else that completes this inspiring and ultimately heart-warming story

This is a book which shows that ordinary people can do incredible things. Sophie begins this journey with very little running experience, a disillusionment with sprint kayaking (a sport she had been competing in since a young age) and a thirst to prove herself. Let Sophie’s journey take you out of your comfort zone and show you that there is always more out there if you just have the courage to go and get it.