Alastair Humphries is a name probably well known in the UK within outdoor circles and by those who follow professional adventurers.

His CV is quite extensive involving cycling around the world, walking across India, rowing the Atlantic and running across the Sahara to name but a few of his better know exploits. 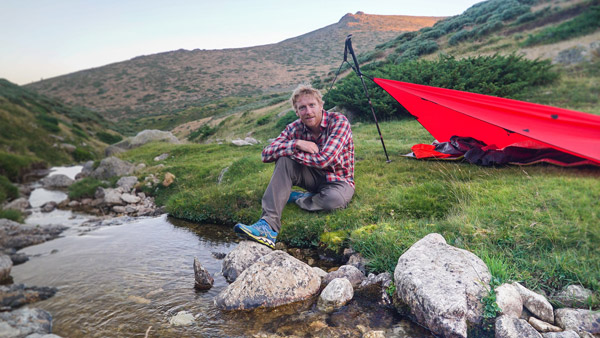 However as he’s become older his awareness of what Adventure really is has changed and he has begun to question whether bigger is necessarily better.

He has written this about living more adventurously.

You may have seen his more recent views extolling the virtues of Micro Adventures popping up in places within various media. It appears to have grabbed the masses as being more relevant to the lives of most people. Little adventures which you can fit into one evening, one day or a few days, which don’t break the bank, but challenge you all the same to overcome your vulnerability and to take (controllable) risks.

In this podcast we discuss his recent book My Midsummer Morning which tells the story of his recent adventure, one where he took his own advice and deliberately placed himself in a very vulnerable situation.

It is certainly a challenge on a different scale to his more well known exploits however, it is nonetheless something we all would find in these days of plenty, really difficult to do. 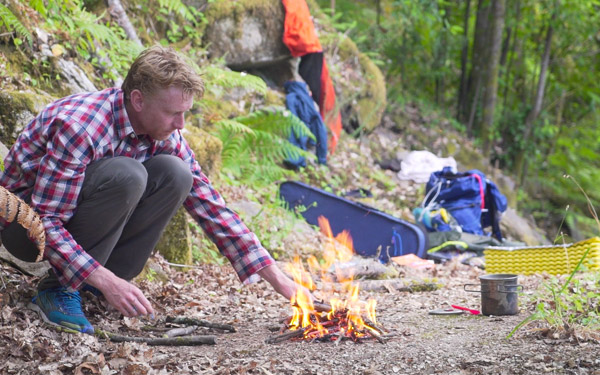 That is to empty your pockets of everything but your passport and travel through a country with just the clothes on your back and a few basics, wild camping with no trappings, surviving solely on what money you can earn from busking with a violin. An instrument he only started to play 6 months prior to setting off. 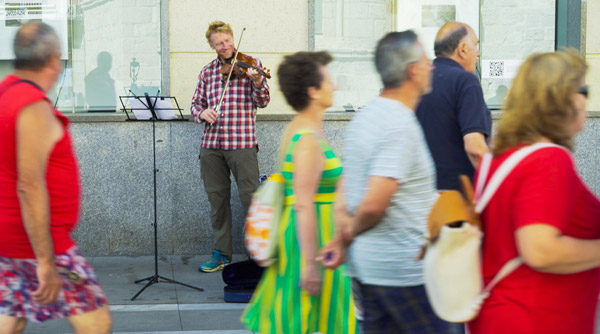 He had never played in front of anyone before. He had no money to fall back on. He also walked through the back lanes and wild paths through Spain. His only saving grace, was conversational Spanish. Would he starve and be miserable, or would the local population appreciate the special kind of entertainment he was about to spring on them?

Alastair Humphreys is a British Adventurer and Author and Blogger. He spent 4 years cycling round the world, a journey of 46,000 miles through 60 countries and 5 continents. More recently Alastair has walked across southern India, rowed across the Atlantic Ocean, run six marathons through the Sahara desert, completed a crossing of Iceland and participated in an expedition in the Arctic, close to the magnetic North Pole. He has trekked 1000 miles across the Empty Quarter desert and 120 miles around London’s ring road, the M25 – one of his pioneering microadventures. Alastair was named as one of National Geographic’s Adventurers of the year for 2012. He has spoken at events such as TED, SXSW, for companies as diverse as Google, Facebook, Twitter, England Rugby and UK Special Forces. Alastair has written 11 books.