Hannah Simpson started learning the Unicycle in 2010, when she was 13.

It must have been an interesting sight in her street while the neighbours peered through the curtains munching on their Turkey, as she spent the entire Christmas getting on and falling off this ridiculous, but addictive fun machine. 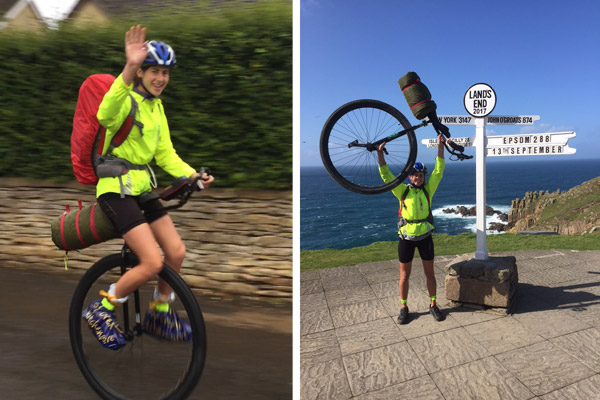 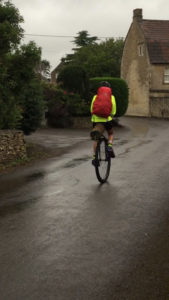 Since then, anyone who knows her, will know she is in an enthusiast, as she commutes daily to work and college without a care in the world, or even brakes for that matter!

As her balancing skills developed, so did her sense of adventure so she tried short overnight camping trips to her Aunts house, to well, see if she could do it.

But soon that adventure was no longer ridiculous or exciting enough and so after following other Unicyclists escapades on the Unicyclists.com forum, she hatched a cunning plan. A true ‘proper’ adventure of her own.

In the meantime she was volunteering for a couple of years at the Epsom and Ewell Foodbank and saw first hand just how much joy a simple bag of food could give people. Giving them encouragement and support to inspire them past their low point. 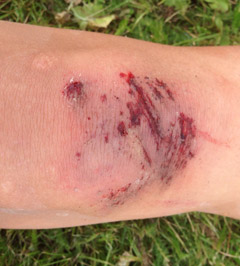 So with that experience in mind, she set herself the humble task of raising £1000 for the food bank and this 734.5 mile began.

Although she hit her target the donation platform is still open until the end of December 2017, so if you feel inclined to add to the total, even just a few pounds, she and those people using the foodbank will be eternally grateful.

It is a joy to hear the joyful enthusiasm and ‘can do’ attitude of Hannah as she tells her story. 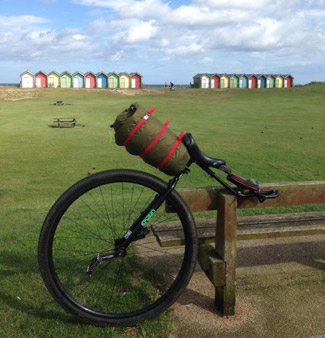