Podcasting is just the ability to broadcast your ‘home mix tapes’, or at least that’s how I look at it. Obviously when I first started doing such tapes (we are talking the 70’s after all), it was all very expensive, very heavy duty valve reel to reel devices, which if you were either very lucky or rich, could actually be in ‘stereo’.

To create content which mixed from one sound source to another I couldn’t afford a mixer, so I built my own from a Clive Sinclair, transistor instruction DIY thin paperback manual, using recycle knobs, buttons and ‘pots’ from a old radio shop. (Before he came out with the Sinclair Calculator which used Reverse Boolean Logic I think!). Good grief what an anorak!! 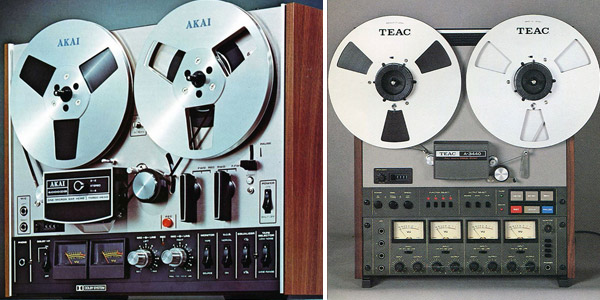 It was only when I made it into my 20’s could I afford to blag an Akai 4000s reel to reel which allowed you to bounce audio from one track to the other. Inspired by 10cc “I’m not in love” (54 overdubs I think – see I told you – total audio anorak!) I actually managed to start making audio content which started to sound er well at best, ‘average’.

Than came, splicing with razor blades to chops bits up to change the order of audio in a piece. Many years I have spent decorating the house  with bits of tape, stuck to various bits of furniture, trying to remember which bit was bit. (Inspired this time by Pink Floyd and the intro to Money)

Nirvana was reached when Teac produced the 3440 multi-track machine. Wow 4 independent tracks, which you could ‘drop in’ and ‘out’ of with technical impunity, without having to start the whole process again in linear form. So good that Mike Oldfield recorded Tubular Bells on it to present to Richard Branson, before going into the huge recording facility which had all of 16 tracks at his disposal.

Skip forward to now and you have the ability to blow all that technology out of the water and you can use lap tops, iPads, even phones to record and edit audio on.

But does that mean it is any better? What I learned in those early, early days was creativity beats everything. You had to think very hard about the final product, how you would reach your goal with as much perfection as your skills would allow you. Not forgetting about such things as hum, tape flutter, cross signal issues and the odd radio signal creeping in thanks to something, somewhere not being ‘earthed’!

And this is why, I can really appreciate audio (mix tapes) or podcasts, where someone has taken time to craft the story, enhance it with sound and pace the content in such a way it keeps the listener gripped to the very end.

So it is with great please I would like to introduce to you two podcast, Mountain and Travel Stories Podcast. 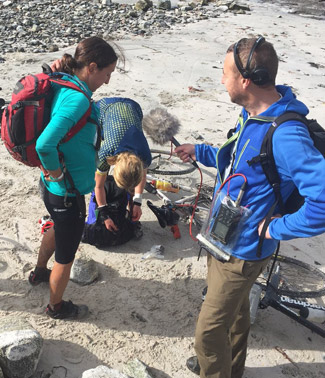 Christopher Sleight of Mountain is a BBC journalist and, to be honest, I wouldn’t expect anything less than perfection when listening to his story based podcasts. And they are perfect both in structure and delivery. Of course one could argue as he works for the BBC, he has access to the gear, the people and the software to produce such masterpieces. But the true joy is the story content itself. It is easy to forget the technical and drift away into each mini adventure or interview he conducts as each audioscape is so rich.

As you’ll hear a lot goes into each production however I’m sure you’ll enjoy ever single one on his playlist. My favourite so far is episode 5 The Angel of Camasunary. See what you think.

Do make sure you let him know you’ve listened 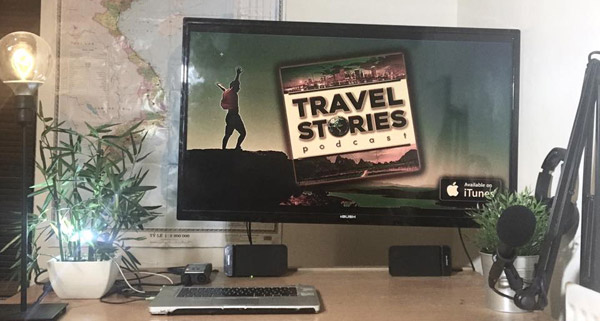 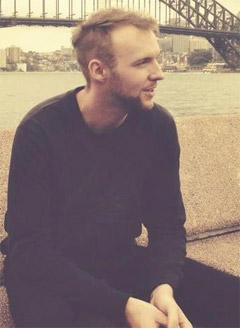 Hayden Lee of Travel Stories Podcast is another passionate story teller, who manages to get every interviewee to tell a story in their own words which he edits, adds sound effects and music, to bring the moment alive.

Each story is vastly different and highly entertaining.

Hayden also has energy and enthusiasm but sadly refers to my traveling history as ‘old school’. In fact the ‘old’ word appeared far too often during our chat and for the first time I started to feel like I was a dusty old history book talking with a hip new iPhone 7! He didn’t mean anything by it though. Well I think so anyway!

So once again do dive into his back catalogue, there’s plenty there to keep you entertained over Xmas.

I’m sure he would love your feedback

Finally thanks once again to our Executive Producer for this show James Hamilton. Your contribution to our work is greatly appreciated.